Are online classes going to be the new Normal in the field of education? 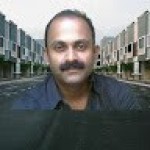 As the COVID-19 pandemic disrupted the normal way of life of people around the world, the virtual world came to the rescue. At many institutions, schools have shifted their base to virtual platforms for conducting classes online.

As a result, online education has emerged as an alternative to regular face-to-face classes, meeting the needs of all stages of education from pre-primary to university level. Accordingly, various partners such as government and private organizations try their best to help each other by developing their existing online platforms and applications, and train teachers to use these applications and platforms to the optimal level. In addition, government and non-governmental organizations (NGOs) and EDTEC companies are working to support the school system to facilitate changes in the virtual world.

Encouraging and motivating teachers and organizing counseling sessions for stakeholders such as teachers, parents and students are some of the major steps the government has taken recently. Continuing efforts to provide custom teaching-learning materials suitable for online classes is another way to facilitate children’s school education.

Today, computers in classrooms are the New norm. According to Emeritus Larry Cuban, a professor at the Graduate School of Education at Stanford University, laptops began to appear in classrooms in the mid-1990s as they became ubiquitous and affordable. Tech companies soon realized its potential and encouraged the acquisition of electronic devices in the classroom under which they are freely available in some desolate areas.

Google, Apple, Microsoft and others are seeking not only as a classroom tool, but to create what is being taught. A 2017 New York Times report illustrated Google’s growing role: “Google is assisting to bring about a philosophical change in public education – prioritizing the training of children in skills such as teamwork and problem-solving while emphasizing the teaching of traditional academic knowledge such as mathematical formulas.” It has been at the center of a great deal of debate in American education for more than a century, including Google and the technology economy: the purpose of public schools is to replace knowledgeable citizens or skilled workers. ”

Therefore, Google Chromebooks and other laptops are now a regular part of learning, even in elementary school, as the name implies, covering elementary subjects that do not require high-tech equipment.

Of course, learning online is not all that bad. Some charter schools are completely virtual, and some students learn best in this way. However, with these types of schools, the student and parent choose that educational model because it is best for them.

According to Common Sense Media, children between the ages of eight and 12 spend less than 5 hours a day on any type of screen, and teens spend about seven and a half hours on them. Sadly, this does not include the use of screens for homework at school or after school. Although I have spoken out against some parents resisting online learning by telling their child to become a techie as soon as possible, most parents are concerned. According to a Pew Research Center survey, 65 percent of parents say their children spend more time online. Notably, 54 percent of teens agree.

This ubiquity of computer equipment has a cost to parents It creates barriers for parents to understand how children learn and even learn in school.

Now that schools have been locked down and parents have become teachers, schools are increasingly relying on the online teaching model. This creates a curious amount of dynamism: when parents need more than ever before to keep their child moving and on time, parents will have access to the online format.

To see what a child is doing, parents need to use the child’s computer and get acquainted with the various educational platforms (designed for schools) used by students. This is a steep and sometimes impossible learning curve. Because assignments are turned on by the computer, parents do not always know when a child has completed an assignment.

Leaving parents out of these online platforms makes solving these problems needless to say sly hard.

To use an overused phrase: Recent events are an uncharted area for schools. When orders were announced from home, schools had to move quickly to develop a system for teaching children from home. It is understandable that mistakes have been made and changes need to be made to move forward.

During the summer break, schools need to find better ways to communicate with parents. They need to give parents better access to school-based learning systems and more choices about how their children are learning. It is relatively easy to give parents low-cost technical options. This does not include WiFi hotspots, Chromebooks purchases, video suggestions or zoom calls. It’s as simple as giving children a worksheet.

Learning That Can Earn You Money